Posted at 18:21h in Uncategorized by Camila Uriona

This article  was originally posted in Children & Nature Network

“To appreciate the beauty of a snowflake it is necessary to stand out in the cold.”
Aristotle

In addition to its proximity to Niagara Falls, Buffalo, New York is best known for its epic snow storms.

These storms drop as much as eight feet of snow at a time, sometimes requiring the National Guard to help the city dig out its streets. Buffalonians dub November “Snowvember,” even though October can deliver plenty of the white stuff. Buffalo, a city of 256,000, averages 95 inches annually.

Some 850 miles west of Buffalo, and lying in the Midwestern snowbelt, Eau Claire, Wisconsin is a city of 69,000. Like Buffalo, it has invested heavily in snow plows. Eau Claire averages less than half as much snow as Buffalo – 47 inches – but Eau Claireians love to ride their fat-tire bikes on snow-packed trails and brag about their world-class cross-country ski trails.

Further west, in Colorado, the town of Leadville occupies the rarest of air — and winter precipitation.

At 10,152 feet above sea level, Leadville, with 2,600 residents, is the highest incorporated town in North America and gets a whooping 156 inches of snow annually. It’s also one of the coldest places in Colorado and, on some days, the coldest place in the U.S.

Residents of these communities are rightfully proud that most of them embrace winter. Enjoying winter can be a badge of honor. But what about those folks who don’t – or can’t – get out and enjoy winter?

For many, the barriers to getting outdoors in January can be daunting and as insurmountable as a 6-foot snow drift.

“We often hear people say, ‘I like winter, but I just wish it was easier for me to get around,’ or ‘If I knew where to get snowshoes, I’d go outside,’’’ said Amanda O’Rourke, executive director of 8 80 Cities, an international non-profit organization based in Toronto that works with communities to create safe and happy cities that prioritize people’s well-being.

“The biggest thing we’ve been striving for is to shift to thinking of winter as an asset, rather than a problem contributing to social isolation,” O’Rourke said.

Buffalo, Eau Claire and Leadville were selected from 62 Wintermission city applicants to explore ways to combat social isolation and increase physical activity for their residents, regardless of their age, abilities, socio-economic, racial, or ethnocultural backgrounds.

The program began in November 2018 when 8 80 Cities put out a call for partners and issued a challenge to U.S. cities to apply for the program to advance Wintermission goals.

Buffalo, Eau Claire, and Leadville were selected because they represented cities and towns of different sizes and geographic locations. All three cities were required to assemble multidisciplinary teams of city leaders and commit to a thorough citizen engagement process that reached diverse neighborhoods.

The idea was to learn what people loved about winter and what could be improved to help reduce social isolation.

In early 2019, the three cities embarked on a multi-pronged effort to talk to their residents about winter. They held pop-up meetings at markets, college campuses, parks, coffee shops and cafes, and public libraries. The idea of these meetings was to engage people in the places they already visit as part of their daily routines.

The cities augmented what they learned in the pop-up meetings with print and online surveys, focus groups and workshops and, in some cases, neighborhood parties. Organizers reported it was some of the most rewarding citizen engagement they had conducted.

Monica Lopez Magee, director of cities and community engagement for the Children & Nature Network, said her organization helped the three cities tailor their engagement to meet the unique characteristics of each community.

“We went about it in different ways, to identify who in the community was represented or whose voice wasn’t reflected,” she said. “We visited senior centers in Leadville and Buffalo, engaged with the business community in Eau Claire and Leadville, and visited schools and engaged with youth.” Not all engagement involved long conversations. Lopez Magee said with youth, a meeting might involve sitting at a table and drawing of what winter meant to them.

Oswaldo Mestre, chief service officer and director of citizen services for the city of Buffalo, said it was important to get input from citizens who might not attend a public hearing. “We wanted to make sure we engaged with neighborhoods who may not have participated in the past, folks in our refugee and immigrant communities, our Black and brown communities,” he said.

Leadville used “engagement stations” at different times of the day and days of the week at places like the Lake County Senior Center, Colorado Mountain College, Lake County High School, and the Lake County Courthouse. Extra efforts were made to connect with the community’s Latinx population, said Sarah Dallas, the administrative services manager for Leadville.

“We are trying to get more Latinx people more comfortable with winter and outdoor activities year around” she said.

What did residents of Buffalo, Eau Claire and Leadville have to say about making winter more accessible and less isolating?

Better snow removal and maintenance was a strong, common thread.

Residents of all cities said, yes, winter can be harsh, long and unpleasant. Sixty-four percent of Buffaloians had negative views of winter. But they also said that their No. 1 concern was the need for better snow clearing on streets and sidewalks. After heavy snowstorms, streets can go unplowed for days and sidewalks are hazardous, especially for seniors. A doctor said she tells her senior patients to skip walking outside in winter because the risk of injury overshadows the positives of physical activity.

In Leadville, “Seniors lose a tremendous amount of autonomy in winter,” according to that city’s Wintermission report. “Snow creates a physical barrier for seniors to get outside, access basic necessities, attend doctors’ appointments and socialize.”

Residents of all three cities said they would spend more time outside if there were more activities. City leaders saw this as an opportunity to utilize existing parks that received significant usage in the summer, but were empty in the winter.

“Buffalo has some excellent winter destinations…but community members told us that they would be thrilled to see more events, activities, and winter fun extending to their own neighborhood parks, whether through city-led or community-led initiatives,” according to the Buffalo Wintermission report.

There was also agreement among participants and leaders in the three cities that more had to be done to reduce isolation in diverse communities. The needs of Latinx communities were especially highlighted.

Impact of the pandemic

Once the three cities completed their citizen engagement and developed recommendations based on what they’d learned, they created pilot projects addressing everything from improved collaboration and priorities around snow removal to creating new activities like curling, equipment-check out programs, and outdoor fire pits.

“We were right in the middle of doing our pilot projects,” said O’Rourke of 8 80 Cities, “and the pandemic hit.”

City organizers, now facing emergency responses to the pandemic, forged on with as many of the pilot projects as possible, but ensuring activities were socially distant and group sizes were appropriate. Ironically, the pandemic triggered a surge in people getting outdoors; across the country, new users joined the ranks of snowshoeing, cross-country skiing, and other activities that can be enjoyed while participants are socially distant.

Interviews with Wintermission organizers in all three cities indicate that despite the pandemic, the program left an indelible mark on participants’ attitudes and ideas about winter.

Here are their reflections on the success of the program and ideas and programs going forward: 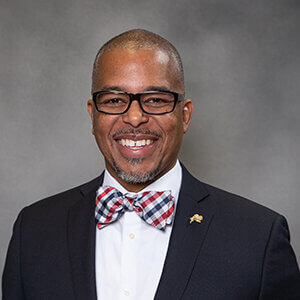 “I think the way we look at our built environment is an important long-term outcome,” Oswaldo Mestre said, and that includes not only infrastructure such as parks, but how and where snow is removed. He said the program’s deep engagement with communities that don’t often get asked important civic questions will have a lasting impact on Buffalo.

“Our engagement started telling us a different story about what was going on,” Mestre said. “We wouldn’t have talked to many of (our participants) if it weren’t for Wintermission.” 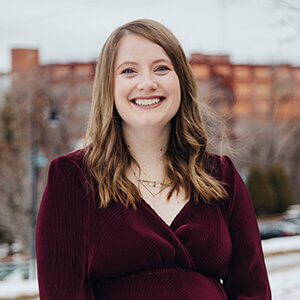 Eau Claireians decried the availability of winter hiking trails during the Wintermission engagement process; they got what they asked for with a regularly plowed, 4-mile trail that is part of the Chippewa River Trail system. The Winter Route is a connecting trail that takes a loop through downtown. Sara Larsen, a business and communications specialist for the city of Eau Claire’s Economic Development Department, said the city has committed to plowing the route and people have responded by hiking it regularly. “We’ve communicated the route to our downtown motels, so people staying there can take advantage of it,” she said.

Larsen said the long-lasting impacts of Wintermission are the connections city leaders made with citizens and the acknowledgement that Eau Claire is a winter city with more to improve upon.

“We take pride in being a winter city,” she said. “I used to run to my car. “Now I’m looking around thinking, ‘What I can I do outside?”’ 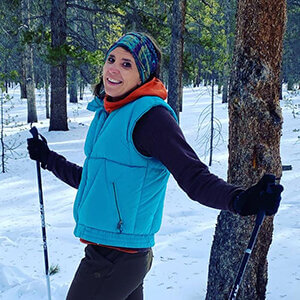 “We’re already seeing a change in how we approach snow maintenance,” said Dallas.

County and city maintenance staff are talking more about efficiencies, and citizens are pitching in to help remove snow because of the new awareness of snow removal. Dallas was reminded recently that snow removal has been an issue in Leadville for a long time.

She recently stumbled across a proposed city ordinance in 1903 to assess fees for snow removal. “It didn’t pass,” she said.