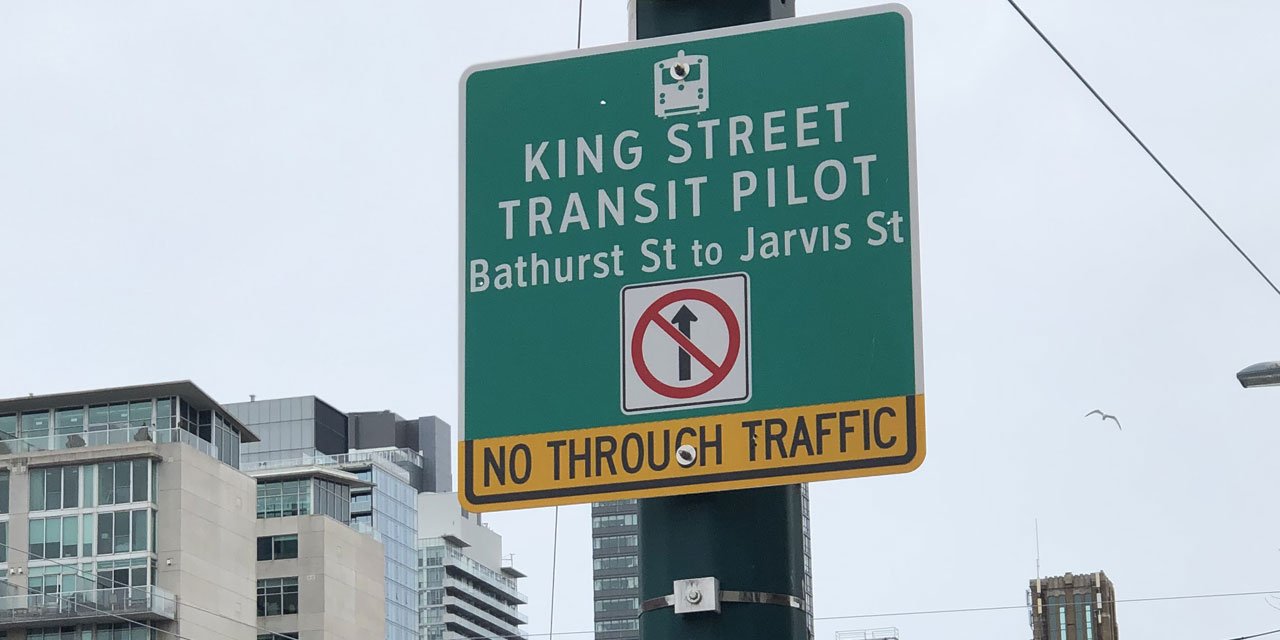 11 Apr All Aboard the Transit Pilot Project

In growing communities, cities are confronted with wicked congestion problems all the time. What’s one way of fixing a problem? Piloting solutions!

This was the approach that the City of Toronto took to resolve congestion issues along King Street. The 2.6 Km stretch is the busiest surface route in the entire Toronto Transit Commission (TTC) system with comparable numbers to the Young-University Subway line.

The objective of the Pilot is to move people more efficiently on transit. It prioritized the 504 King Streetcar and diverted private vehicles off the street at most intersections. 18 pop-up parklets were also added along the route to frame transit loading zones and support the public realm. However, concerns from business owners and the taxicab industry pushed to have an exemption added for licensed taxicab drivers between 10pm-5am. The Pilot was introduced in November of 2017. The King St Pilot has been one of the most studied transit projects the city has done. In a recent report entitled ‘The Future of King Street: Results of the Transit Pilot’ notable findings include: 8 80 Cities partnered with the King for all Coalition on the outset of the Pilot. The coalition is comprised of various groups and organizations including 6 residence associations. We came together in solidarity to say that we wanted the Pilot to run its’ course before making any rash decisions. The data is in and the Pilot accomplished what it sought to do.

On April 9, 2019, the City of Toronto’s Executive Committee adopted the recommendation to make the Pilot permanent with no additional exemptions. This sets a bold and innovative precedent for the ways a city can combat transit congestion.